With eight years of conscious work, we have transformed our board and our collection. Here’s what it took.

By Jessica Morgan, director of the Dia Art Foundation 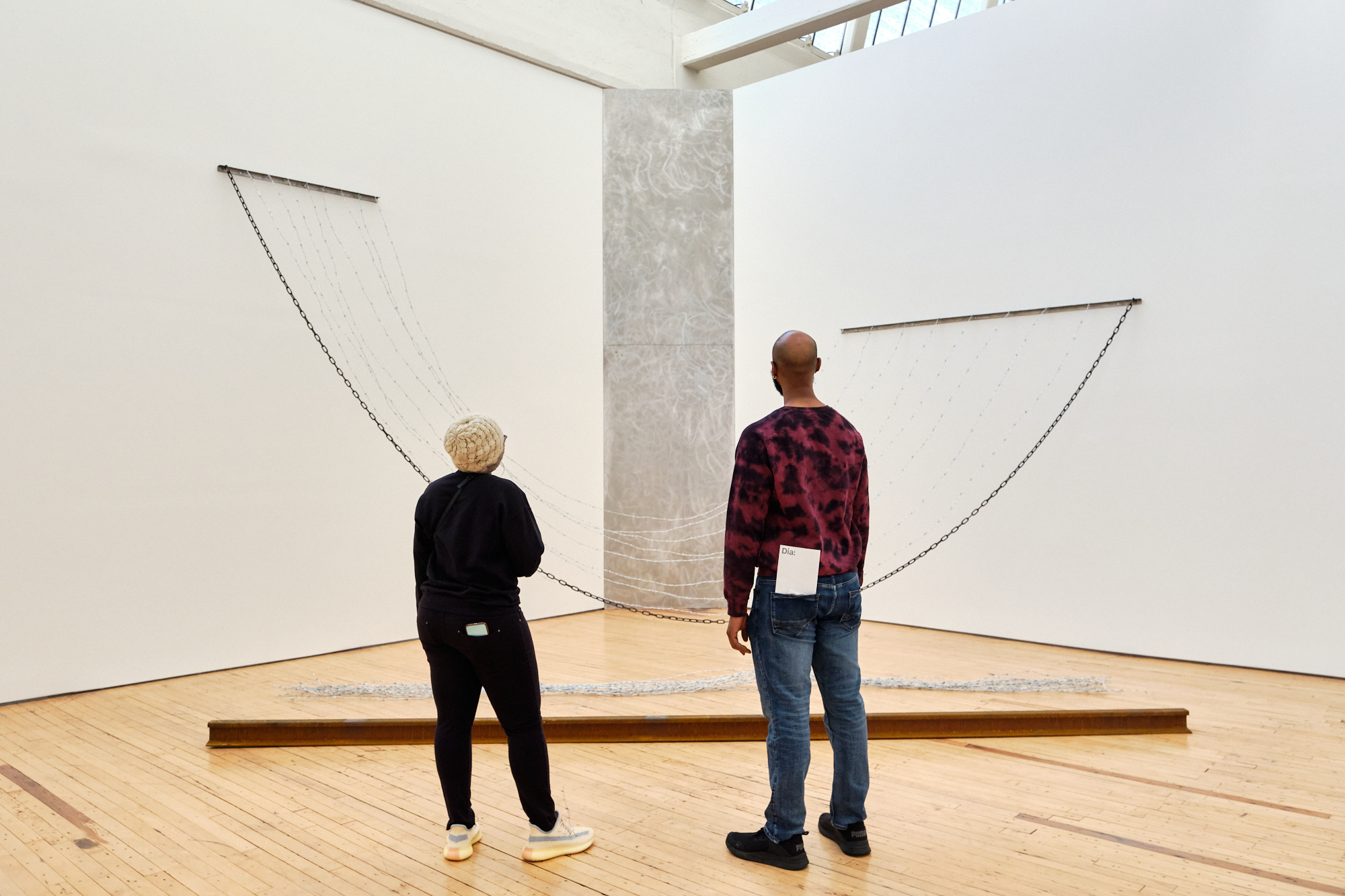 When I started at Dia in 2015, our then-small board of 11 had an appetite and eagerness for change. We also had a mission that remained relevant and broad enough to encompass new thinking, a young audience who appreciated the specificity of the program, and a dedicated team that valued what was different about Dia—primarily, placing the artist at the center of all that we do and prioritizing long-term engagement.

But there were a few key things we lacked: visibility, a robust program across all our sites, breadth and depth of funding, and, most significantly, diversity in our collection, exhibitions, and displays. In Dia’s collection of 31 artists in 2015, five were women and only one, On Kawara, was a person of color. In the bigger picture, the fact that 18 percent of artists in the collection were women was unfortunately not far off many other institutions, but Dia’s history had been so indelibly tied to a few white males that their presence was arguably overwhelming. Though Dia was founded by two women and a man, the 11 artists that formed the basis of the collection in 1974 were all men and it remained as such until the early 2000s.

With the opening of Dia Beacon in 2003, Dia had come to be seen as a center for the work of artists who came to the fore in the 1960s and ‘70s, but the history that was being presented was partial to say the least—excluding the rich complexity of identities and subject positions in Minimal, Conceptual and Land art practices both globally and locally.

Why We Wanted to Change Our Story

The imprimatur bestowed on Dia Beacon, the largest physical space of our 11 sites and locations, as a significant setting for the art of the 1960s and ‘70s offered an extraordinary opportunity to change the course of what was being told. Our collection displays and loan-based exhibitions now aim to rethink a dominant canon that Dia has helped to establish.

Unlike most museums, Dia installs artists’ work long-term and in depth. Consequently, bringing an artist into the collection is a matter of acquiring a body (or bodies) of work to tell a story over time or to focus on a specific moment of change.

While this poses challenges for the collection (is that extent of work available? Is it financially achievable?), we prioritize those artists with whom we can collaborate closely to realize new ways of staging older, sometimes previously unrealizable, as well as extant work.

What Happened When We Changed Our Story

The recent, current, and forthcoming presentations of Dorothea Rockburne, Lee Ufan, Joan Jonas, Mel Edwards, Senga Nengudi, stanley brouwn, Maren Hassinger, and Meg Webster provide a framework for looking in depth at important figures who had previously been left out of Dia’s collection and who work in often challenging-to-display site-specific and ephemeral media.

Take the example of Edwards, currently on display at Dia Beacon in three rooms dedicated to his barbed wire work, conceived from 1969 to 1970. Edwards received one exhibition dedicated to this series at the Whitney in 1970, but in conversation with Edwards over the years it became clear that there were multiple drawings and concepts for other works that were never realized due to lack of invitation, gallery representation, and market. These site-responsive works offer a dramatic and political response to minimal art’s geometry and required a long-term engagement to achieve the artist’s original intent. It has been an honor for Dia to bring to life works that might otherwise have disappeared from history and place them rightfully alongside peers whose historical position has been assumed for decades.

Collection growth has been slow and consistent work with most engagements with artists taking years to materialize as works are identified and presentations honed. In almost eight years, we have seen an over 280 percent increase in the number of women in our collection and 1,000 percent increase in artists of color.

Dia has a long way to go. Given that New York State’s 2020 census shows that almost 20 percent of the population is Latino, Latinx, or Latin American this is an area of immense omission in our collection that we plan to address in coming years.

How We Did It

Like many institutions in the U.S., we rely in the majority on individual donors to support our work. Collection changes require funds not only for the acquisition of works but also for installation and fabrication. Funding is needed in addition to support the work we undertake on commissions, publications, and learning and engagement, all of which is integral to the profound change to our program, not to mention the equally significant internal team building that has been keenly focused on increasing the diversity of our staff at all levels, across all sites and departments.

After years of conscious, hard work, we now have a board of 28, 10 of whom are people of color and 16 of whom are women. Six of our trustees are artists or arts workers—something that we felt was both reflective of Dia’s ethos and key to guiding our decision making at the board level. Unlike many New York boards, our trustees are international, including voices from Brazil, Greece, India, Korea, and Puerto Rico. Those who are U.S.-based are scattered across the States, from California to Connecticut and Massachusetts to Minnesota. This multiplicity of perspectives and breadth of knowledge has undoubtedly made for a conversation that is complex and nuanced, not siloed.

We have a program that predominantly features lesser-known artists, yet together, we have in recent years raised over $110 million towards Dia’s endowment and operations enabling us to take on much needed renovations as well as fund the programmatic and team change that was so needed.

Support has followed action. Those who have joined Dia in the last years, or existing donors who have recommitted their giving, did so to further the direction in which the institution was heading. They are with us to learn and discover not to confirm pre-existing predilections. As we have changed so has our support and our original trustees have been an essential mainstay for this evolution.

How We Made It Sustainable

Through these changes, we have also grown significantly. We now show anywhere between five and seven new presentations in Dia Beacon every year, a huge increase since the museum opened, as well as annual exhibitions at Dia Chelsea and Dia Bridgehampton. Our staff increased 50 percent, our annual operating costs have increased 60 percent, and visitorship has doubled and continues to grow while we have consistently made efforts to make most of our sites free and accessible.

The pandemic showed us how significant the endowment was for our survival, and we are fortunate to have supporters who have never questioned the primary need for general operating support. That said, we are looking now to potentially establish endowment funding that will ensure that the work we have done to support female-identifying artists is ingrained into the institution’s behavior. Endowment funds ringfenced for this work would specifically ensure that future team members must address gender balance in the program at Dia ongoing.

What’s Left to Do

Change is not only visible in the collection but also across the program that ultimately feeds into the collection. Works by Carl Craig, Lucy Raven, Camille Norment, and Rita McBride have entered the collection because of commissions at our sites and support of women artists and women artists of color is notable in the first four yearlong exhibitions in our newly reopened Dia Chelsea site as well as the last three Dia Bridgehampton commissions. Focusing on supporting artists where there is real need for institutional funding has led us to the work of exceptional figures, many of whom have no gallery representation.

While there has been change at Dia, there remains much to be done. As an institution that was integral to the development of Land art and which remains a custodian of many works in the American West as well as significant sites in the Northeast, we are deeply aware of the work needed to address our participation in settler colonialism and the occupation of Native lands.

There are long-term relationships to be built and established at all our sites and our work with Indigenous artists is a significant focus at Dia now and in the coming years with major presentations including that of the remarkable work of Delcy Morelos planned for Dia Chelsea in 2023 and conversations with those whose traditional lands we inhabit leading to other forms of engagement and reciprocity.