The deputy director of the Solomon R. Guggenheim Museum explains why changing collections is but one piece of a very large puzzle.

By Naomi Beckwith, the Deputy Director and Jennifer and David Stockman Chief Curator of the Solomon R. Guggenheim Museum and Foundation. 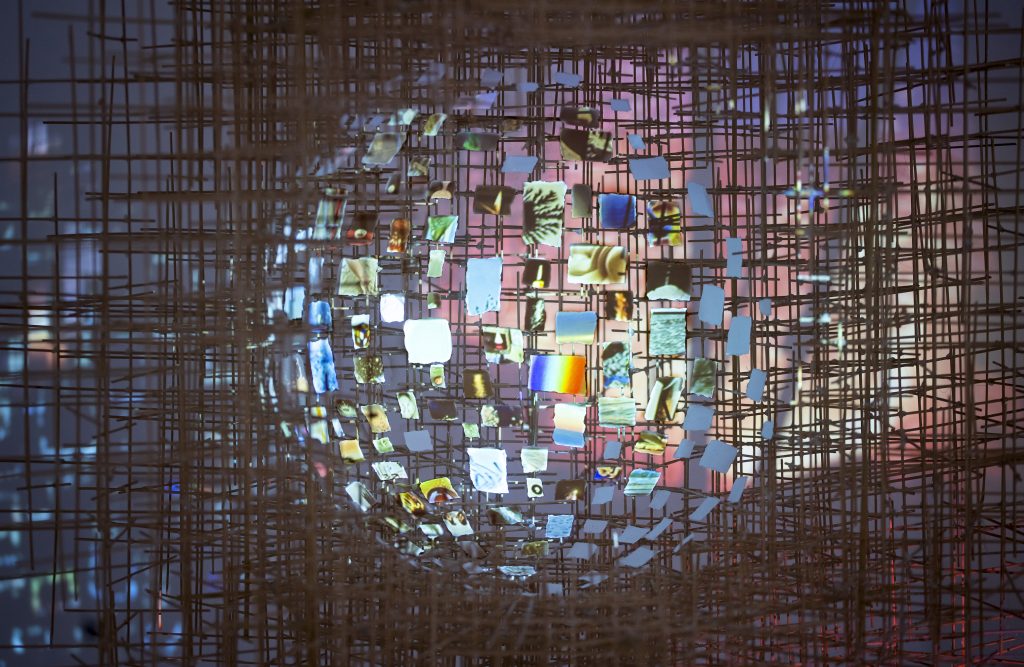 There is a quirky confidence we hold in the United States, an idiosyncrasy that permeates much of our public consciousness. We believe a single person or initiative can correct long-standing issues, and do so in an instant.

This belief in efficient corrections—a perversion of the butterfly effect—gives us a one-and-done attitude toward inequity and justice. It allows us to ostensibly ignore our personal complicity in furthering injustice and to ignore the systemic roots of inequities that will inevitably sprout tendrils again. While there are examples aplenty in the political sphere, such the misplaced hope that Barack Obama would usher in a “post-racial” society, we are equally susceptible to this fallacious thinking in the museum world.

Many majority-culture institutions in the U.S. have taken sincere and truly laudable attempts at correcting the gross gender and racial imbalances in their exhibitions and collections, especially over the past few years. As the 2018 and 2019 Burns Halperin Reports showed, outside of “culturally specific” institutions whose very mission focuses their work away from Euro-normative art, the permanent collections of most modern and contemporary institutions are overwhelmingly white-European.

Now—having seen those numbers and wanting to respond to ever-more-urgent calls for racial and gender justice—some institutions have committed to turning a corner. Many, such as the MCA Chicago, where I was senior curator until March of 2021, wholeheartedly embraced new collection mandates centering BIPOC, women-identified, and queer artists.

Vigorously looking to correct former biases, some began to exchange certain works of art for others in an attempt to ballast an unbalanced collection. Hundreds of amazing works by wonderful artists have finally and rightfully moved into permanent collections with much fanfare (and some unproductive public angst about the fate of white men that obtusely mirrors the highly problematic Great Displacement Theory).

Imagine everyone’s surprise, then, after all that effort that the numbers of the 2022 Burns Halperin Report show museums to be so unchanged. The needle hasn’t much moved. This is not a sign of failure but rather a cautionary measure, revealing how much work we have ahead of us as a field.

Why haven’t we seen greater change after all that effort? The simple answer is that most institutions have thousands of works in their collection but only collect dozens per year. Let’s imagine there is an institution that collected 20 or so works per year between the first report in 2018 and this year’s. After a few years, this might be approximately 75 works (and that’s being generous to the collecting rate for a smaller institution that would only hold some 3,000 works), or just 2.5 percent of the entire collection. Compound that onto the 3,000 works already in the collection, and the percentage goes down even further.

All this is assuming that an institution is only collecting BIPOC artists in those few years, which we know is not the case anywhere. In short: If it took 60 years to get to a collection that is mostly white and majority male, then it will take 60 more years just to reach parity.

This is a sobering fact we must hold on to as we make promises to ourselves, our colleagues, and our communities about equity and inclusion. It is also a reminder that our institutional collecting practices are the sum of many years of habits, narratives, pedagogy, community networks, wealth accumulation, presumptions, and exclusions at the expense of women and people of color that all must be confronted before massive change will take place.

Change can and will come, but it will take greater imaginations than we exercise now in the field. I believe it is possible but it’s important to hold a few key propositions in mind.

1. Balancing our permanent collections won’t solve anything by itself.

When we look at the numbers alone, we are examining what’s called representational diversity. While the numbers and representation are important, collection statistics are only a symptom of a larger set of institutional practices that we must reckon with and change.

We must examine what art forms and movements we laud, what geographies we revere, and what canons are valorized. Furthermore, what demographic information has been left out of our archives that discount people in our collection?  I’m thrilled that my colleagues at the Guggenheim are working with a consortium to set processes for thoughtfully collecting demographic information about artists.

Who are our donors and what do they value? How can we influence their choices? These are points that have bearing far beyond collecting practices and move much further into our mission, our exhibitions, and our relationships to our audiences.

2. There is no one anti-racist formula that will bring equity to a museum collection.

Every museum needs to decide for themselves how their institution needs to do this work. Each museum has their own mandate, a singular mission, and different internal and external community demands that will necessitate differing approaches depending on where they are.

That said, it is still incredibly important to share information so that institutions learn from each others’ experiences.

And one thing is necessary for every museum: doing the work requires support from the very top leadership and through every level of employment.

3. Think past your lifetime.

Well-meaning changes don’t always stick, nor does the arc of history inevitably bend toward justice. Museums must think about diversifying their collections as a multi-decade, multi-tenure process that lives beyond the span of one person or one team at an institution.

One of the great successes of climate activism is the way in which advocates helped the public to think about the climate as a long-term project, in terms of how our actions now have effects centuries into the future. Likewise, instead of thinking of diversity in collections (and across museum programming, in general) as a curative or reactive initiative, it’s time to imagine ways to embed this work into the foundational mission of museums which should exist far into the future.

I truly believe that individuals can, and do, bring real, lasting difference to institutions and society. But individuals cannot establish lasting change singularly or instantaneously. So, rather than imagining a butterfly effect mode of change for institutions and their collections, perhaps a better analogy would be closer to that of the bird carrying away a mountain one grain of sand at a time. We, my dear birds, have got a lot of work to do. Together.